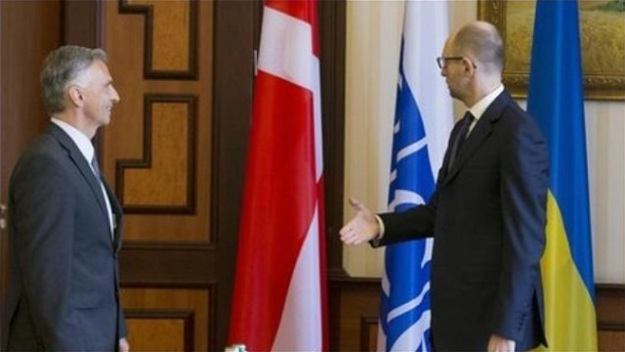 The diplomatic gaffe in Ukraine

The diplomatic gaffe in Ukraine

Swiss president Didier Burkhalter got a shock when Ukraine’s interim prime minister Arseny Yatsenyuk greeted him in front of a Danish flag instead of the Swiss logo when they met for the first time in Kiev.

Burkhalter did not look happy with the diplomatic gaffe, as the picture above shows. Burkhalter was visiting Kiev to “underscore the constructive role played by the [Organisation for Security and Co-operation in Europe] in the Ukrainian crisis and the organisation’s intention to step up its efforts to contribute to de-escalating the tensions in the country,” according to Switzerland’s Federal Department of Foreign Affairs.

2018-02-26
Previous Post: illinois lottery winners
Next Post: Latin American countries such as Brazil, Argentina and Cuba and others are already in the side of Russia