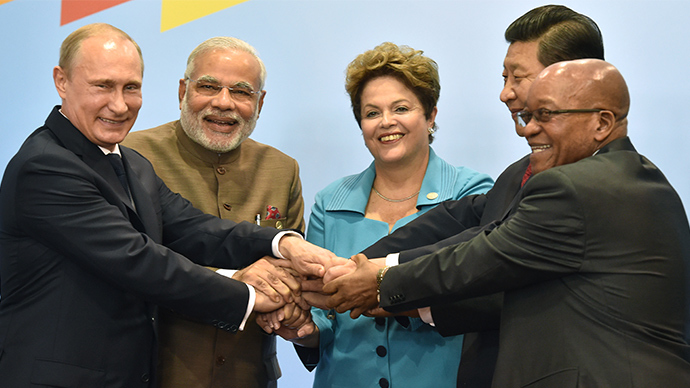 By: Italian - Polish
In: Economics, English
With: 0 Comments

The group of emerging economies signed the long-anticipated document to create the $100 bn BRICS Development Bank and a reserve currency pool worth over another $100 bn. Both will counter the influence of Western-based lending institutions and the dollar.

The new bank will provide money for infrastructure and development projects in BRICS countries, and unlike the IMF or World Bank, each nation has equal say, regardless of GDP size.

BRICS Bank will be one of the major multilateral development finance institutions in this world, Russian President Vladimir Putin said on Tuesday at the 6th BRICS summit in Fortaleza, Brazil.

2018-02-26
Previous Post: In the United States, instability was permitted by regulators because it served powerful political interests
Next Post: to break the dominance of the US dollar in global trade