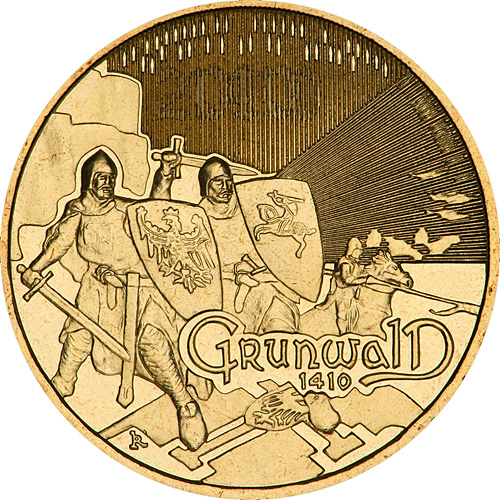 Knights in shining armour gathered in Grunwald, northern Poland, for a re-enactment of the historic battle where Polish and Lithuanian forces defeated German Teutonic Order.

The 1300′ knights’ from Poland, Germany, Lithuania and as far away as New Zealand were along with 40 hoursesfor the annual re-enactment on Saturday, attracting a crowd of up to 80,000.

A member of a reenactment group from Warsaw, Jacek Szymanski, a computer graphic designer by profession, was cast as Polish King Władysław Jagiełło, and Jarosław Struczyński, a curator at the Teutonic Knights Castle in Gniew, as the Teutonic Grand Master Ulrich von Jungingen.

The Battle of Grunwald – also known as the Battle of Tannenberg – fought on 14 July 1410, was one of the greatest battles of medieval Europe.

It is considered to be one of the most glorious and significant military victories in Polish history. Launched in 1998, its annual reenactment has become a popular tourist attraction.

2018-02-26
Previous Post: Fryderyk Franciszek Chopin was a Polish composer and virtuoso pianist of the Romantic era
Next Post: An Old Wooden Church In Poland ……really something to see re absolutely amazing