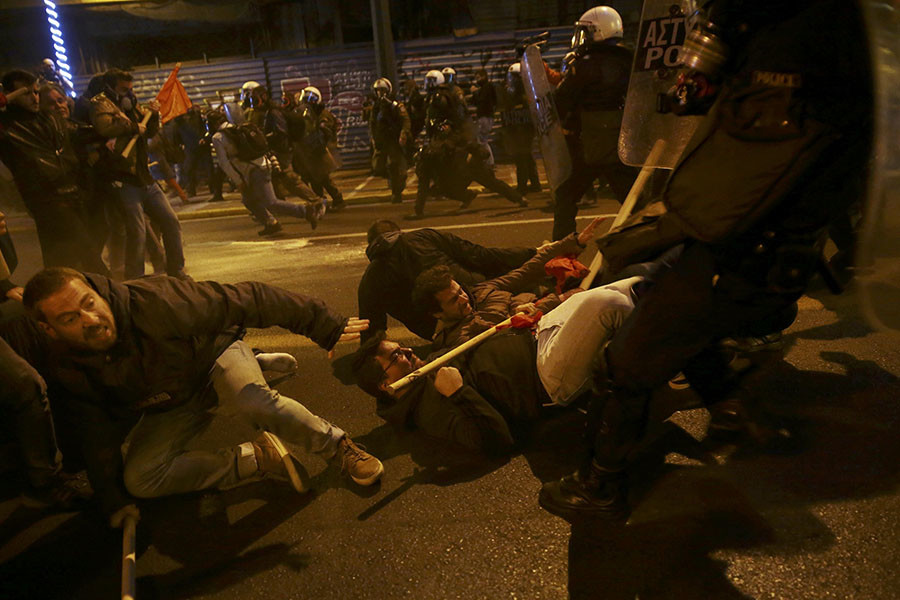 We don’t need protectors!” one of the banners carried by the demonstrators read. Some could be heard exclaiming: Yankees go home!

Protesters are rallying against US policy that is creating tensions with various countries around the world, starting with China and Russia, as well as against the US attempts to overthrow the government in Ukraine, Greek journalist Aris Chatzistefanou. Apart from that, protesters are blaming the US for supportingIslamic extremistswhich led towell-known consequences.

While the Greek government is trying to present the visit of Obama as a visit of a peacemaker, thousands of demonstrators came onto the streets to protest US policy in [such] parts of the world from Latin America to Middle East, Afghanistan and Syria, Chatzistefanou said.

2018-02-26
Previous Post: Pro-Russia Candidate Appears Likely to Win Bulgarian Presidency
Next Post: It was a bad day for Italys hackers.