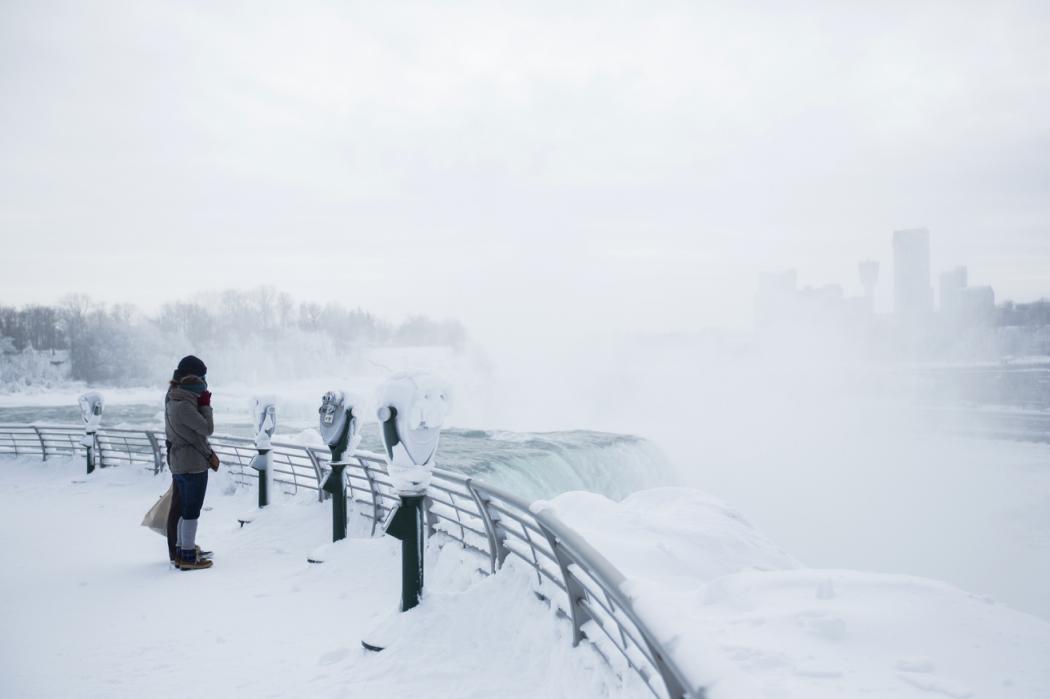 The winter’s deep freeze has transformed Niagara Falls into an icy spectacle, encasing the trees around it into crystal shells and drawing tourists who are braving below-zero temperatures.

The Niagara River keeps flowing below the ice cover, so the falls aren’t completely frozen over. But the massive ice buildup near the brink has become a tourist magnet for the second straight year after several relatively mild winters. (AP)

2018-02-26
Previous Post: son of US VP Joe Biden, is joining the board of directors of Burisma Holdings, Ukraines largest private gas producer.
Next Post: Illinois is the most populous Midwestern state