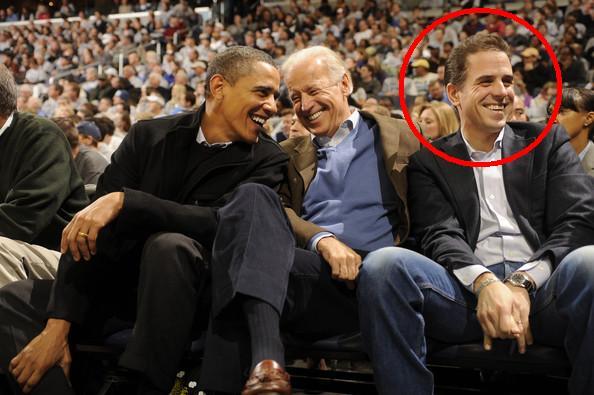 son of US VP Joe Biden, is joining the board of directors of Burisma Holdings, Ukraines largest private gas producer.

By: Italian - Polish
In: English, US News
With: 0 Comments

son of US VP Joe Biden, is joining the board of directors of Burisma Holdings, Ukraines largest private gas producer.

Sad indeed. Apparently, here at home we do not have areas needing improvements that could benefit from Mr. Biden Jr. talents, education, and experience – I am sure Ukraine will be saved now that he is there.

Hunter Biden, son of US VP Joe Biden, is joining the board of directors of Burisma Holdings, Ukraines largest private gas producer. The group has prospects in eastern Ukraine where civil war is threatened following the coup in Kiev.

Biden will advise on transparency, corporate governance and responsibility, international expansion and other priorities to contribute to the economy and benefit the people of Ukraine.

Joe Bidens senior campaign adviser in 2004, financier Devon Archer, a business partner of Hunter Bidens, also joined the Bursima board claiming it was like Exxon in the old days.

Gazprom is demanding Kiev pays $485 per 1,000 cubic meters, raised from $268.50 after Moscow was forced to cancel several discounts agreed upon under Yanukovich’s tenure as president. Kiev rejects the new price as politically motivated and says it will only pay its debt if Gazprom lowers the price back to $268.50

2018-02-26
Previous Post: These vastly underreported stories are some of the biggest ones to fly under the mainstream medias radar this year.
Next Post: Natural wonder of Niagara Falls covered with ice