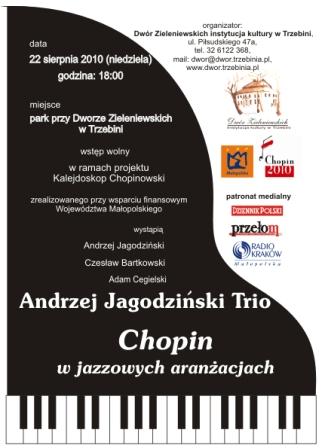 By: Italian - Polish
In: Organization News
With: 0 Comments

Warsaw, the capital of Poland, doesnt appear at the top of many European travelers wish lists. But thats just one reason you may want to visit. With evocative sights, an epic history, and low prices, Warsaw is a diamond in the rough.

If youre looking for Old World quaintness, head for Krakow. If youre tickled by spires and domes, get to Prague. But if you want to experience a truly 21st-century city, Warsaws your place. Huge, famous, and important, Warsaw is the countrys cosmopolitan business hub.

Warsaw has good reason to be a city of the future: The past hasnt been very kind. Since becoming Polands capital in 1596, Warsaw has seen wave after wave of foreign rulers and invasions  especially during the last hundred years.

But in this horrific crucible, the enduring spirit of the Polish people was forged. As one proud resident told me, Warsaw is ugly because its history is so beautiful.

While the Nazis destroyed the city, the approaching Soviets sat across the river, watching and waiting. As the smoke cleared and the Nazis retreated, the Red Army marched in and claimed the pile of rubble that was once Warsaw. It would be another 45 years before the Soviets would leave and the Poles could freely govern their capital and their country.

The city has two historic districts: the 13th-century Old Town and the 15th-century New Town. Both are nearly complete 20th-century reconstructions, right down to the higgledy-piggledy charm of the colorful buildings. Just two generations after the war, it is amazing to see vacationing Germans and Russians stroll through the Old Town Square  joking, enjoying ice cream cones, and snapping photos.

The countless restaurants in the historic district provide a good introduction to Polish cuisine  and the national drink, vodka. Many traditional dishes  herring, cold cuts, pickles, steak tartare  pair naturally with chilled vodka. I learned that Poles dont sip their vodka. Its bottoms up (that way it only stings once on the way down).

For me, the pleasure of Warsaw is just connecting with its big-city people, who are as warm and charming as small-town folk. Poles love Americans  they think of us as big brothers and sisters from across the Atlantic. When the communist government gave the people a small shot at representative government in 1989, the get out the vote poster showed Gary Cooper from High Noon  holding not a gun, but a voting card.

Remnants of Warsaws earlier magnificence show up in the huge, idyllic Lazienki Park. Its sprinkled with neoclassical buildings, peacocks, and young Poles in love. Polands very last king built the park in the 18th century for his summer residence and as a place for his citizens to relax.

A monument to Chopin, Polands great Romantic composer and favorite son, graces the parks rose garden. Even though Chopin left Warsaw for Paris, his final wish was to have his heart brought back to his native Poland. And so it was, after his death in 1849. It now lies buried in a pillar in Warsaws Holy Cross Church (the rest of him is interred at Pariss Pere Lachaise Cemetery).

Besides listening to Chopin, eating apples has become a patriotic act here. Reacting to international sanctions brought on by the conflict in Ukraine, Russia has halted fresh produce imports from the European Union  including Poland. Now Poland is awash in apples grown for export to Russia. Standing on Warsaws Old Town Square, knowing how the Red Army had watched from across the river as the Nazis leveled the city, its particularly poignant to see feisty Poles eating apples to irritate Putin.

The resilience of Polands culture and the warmth of its people inspire me. Thankfully, these are good times in Poland, a nation with a rich past and an exciting future.