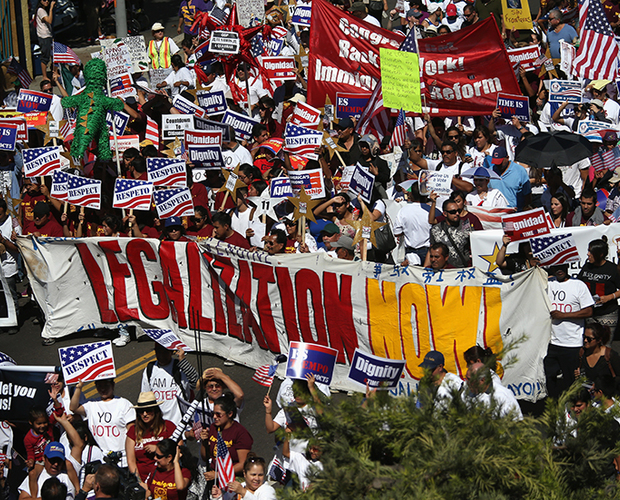 By: Italian - Polish
In: Organization News
With: 0 Comments

Tens of thousands to turn out to the rally, which was among some 150 demonstrations on a day billed as the National Day for Dignity and Respect.

On Saturday as part of rallies nationwide to push for congressional action, while Californias governor signed a series of bills on the topic, saying he was not going to wait on Washington.

The Los Angeles demonstration called March of the Stars kicked off shortly after Democratic Gov. Jerry Brown signed legislation that included a bill prohibiting local law enforcement agencies from detaining people for deportation if they are arrested for a minor crime and otherwise eligible to be released from custody.